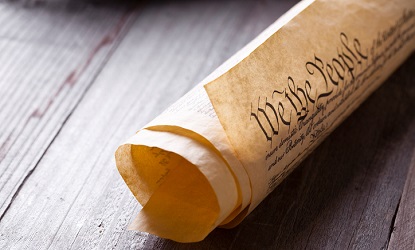 We commemorated the 232nd anniversary of the signing of the U.S. Constitution with panel discussions addressing some of the most pressing threats to our constitutional system.

Our program also featured a discussion with the recipient of this year’s Ronald Reagan Jurisprudence Award, Judge David Sentelle, Chief Judge of the of the United States Court of Appeals for the District of Columbia Circuit, during a private luncheon.

Panel 2 – Abortion and the Courts: The Existence of a Right to Life

Panel 3 – The Supreme Court: Term Review and a Look to the Horizon