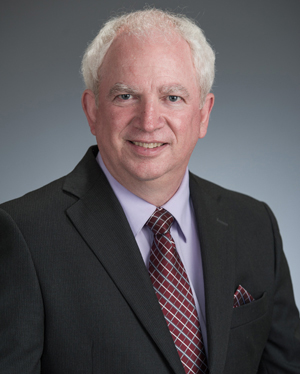 Felon Voting and the Rule of Law

Back in April, Virginia Governor Terry McAuliffe created quite a stir when he unilaterally restored voting rights to over 200,000 convicted felons, including those convicted of violent crimes such as murder and rape. Article II, Section 1 of the Virginia Constitution prohibits voting by felons unless their civil rights have been restored by the governor.

But never before in Virginia’s history had any governor exercised that power on anything other than a case-by-case basis after a specific request by the convicted felon. Moreover, at least 69 bills to eliminate the state constitution’s ban on felon voting have been introduced in the state legislature over the past decade, but all have failed.

Governor McAuliffe’s order was based on an expansive interpretation of his state constitutional power to grant clemency, an interpretation so broad that even his fellow Democrat and predecessor in the Virginia Governor’s Mansion—vice presidential nominee U.S. Senator Tim Kaine—had rejected it in 2010 as barred by the Virginia Constitution and existing Virginia law. As Kaine’s senior counsel, Mark Rubin, wrote at the time, the very “notion that the Constitution of the Commonwealth could be rewritten via executive order is troubling.”

A similar story of lawlessness has played out in California. Since its first constitution in 1849, California’s citizens have disenfranchised those “convicted of any infamous crime.” Article II, Section 4 of the California Constitution, adopted by voter initiative in 1974, loosened the permanent ban on voting by felons but still prohibits voting by those who are “imprisoned or on parole for the conviction of a felony.” In 2011, in response to court orders mandating that the state alleviate alleged overcrowding in its state prison system, the California legislature passed a “realignment” statute, shifting a number of felons from the state prison system to the county jail system but otherwise leaving in place the “felony” status of their crimes. The bill also realigned responsibility for the supervision of paroled felons from state corrections officials to local officials for those felons who were shifted to the county jail system, calling the county system “post release community supervision.” Then-Secretary of State Debra Bowen issued a guidance memorandum to county elections officials explaining the common-sense understanding that felons on “post release community supervision” were still barred from voting by Article II, Section 4 of the state constitution, because they were “on parole for the conviction of a felony,” despite the different nomenclature used by the legislature.

After an effort to codify in state law that “post release community supervision” was not “parole” failed in the state legislature, the ACLU brought suit against Secretary Bowen to accomplish the same end through litigation. And in May 2014, Judge Evelio Grillo of the Alameda County Superior Court obliged. Despite clear dictionary definitions defining “parole” as it is generally understood (i.e., the release of a prisoner before his or her term has expired on condition of continued good behavior), Judge Grillo held that felons given early release from county jails into the “post release community supervision” program were not actually felons on parole. Ergo, they must be allowed to register to vote.

Secretary Bowen appealed, but her successor in office, Alex Padilla, settled the case and withdrew the appeal, allowing roughly 45,000 convicted felons who are still on supervised release to vote in the upcoming election. Moreover, his collusive settlement of the case (Padilla is on record in support of felon voting more broadly), which reaches throughout the state and not just the county in which the suit was brought, violates another provision of the state constitution, namely, Section 3.5 of Article III, which prohibits government officials from refusing to enforce a state statute (such as the one implementing the prohibition on felon voting) “unless an appellate court has made a determination that such statute is unconstitutional.”

As if that is not bad enough, the state legislature in August passed a bill that excises from the state constitution’s prohibition the “imprisoned” component of the felon voting ban. AB2466, introduced back in February by Assemblywoman Shirley Weber (and sponsored by the ACLU), manipulates the obvious definition of “imprisoned…for the conviction of a felony” to cover only those sent to state prison, not those convicted of felonies who are transferred to or initially sent to county jail under the statutory realignment law. The bill barely passed the Assembly by a 41-37 vote in May, but passed the Senate by a 23-13 vote in August and was signed by Governor Brown in late September. Apparently, a majority of the Assembly, a large majority of the Senate, and the Governor himself all think the word “imprisoned” refers not to someone who is incarcerated, but to the name on the building in which they are incarcerated—state prison instead of county jail. Words no longer seem to have any meaning. Or, as Humpty Dumpty would say, “When I use a word, it means just what I choose it to mean—neither more nor less.” Can anyone seriously contend that when the people of California voted to ban voting by those “imprisoned or on parole for the conviction of a felony,” they really meant to allow voting by convicted felons while they were still in jail.

Why have California’s elected Democrats taken such extraordinary steps to negate a clear constitutional ban on felon voting? Some have claimed that the ban on felon voting was put in place because it has a disproportionate impact on African-American voters. That, too, is nonsense—the original ban dates all the way back to 1849. It is simply not credible to claim that the 1974 amendment, which loosened the long-standing ban by eliminating the lifetime prohibition, was designed to restrict voting rights.

Another explanation is much more straightforward. A recent authoritative study by professors from Stanford and the University of Pennsylvania, published in the Annals of the American Academy of Political and Social Science, shows that felons overwhelming register and vote Democrat. As reported in the Washington Examiner back in 2014, the study demonstrated that in New York, for example, 61.5% of convicts are Democrats—while just 9% are Republicans—and that 73% of convicts who vote in presidential elections vote Democrat.

But whatever arguments there are for or against expanded voting by felons, the voters of California have already made their policy choice. It is based on the sensible recognition that those who have disregarded the basic terms of our governing social compact by committing serious crimes have forfeited their right to have a say in the conduct of government and the choice of our representatives. California no longer even requires that former felons demonstrate that they have been fully rehabilitated before having their voting rights restored; all that is now required is that they complete their prison sentence and supervised release without committing additional felonies. What is more, California voters made this policy choice not through mere statutory law, but through the state’s constitution, which is supposed to be binding not just on the state’s citizens but also (and particularly) on its elected officials. Allowing felons to vote while still incarcerated (“imprisoned”), or still on supervised released (“parole”), is thus lawlessness of the first order, since it is contrary not just to statutory law but to the higher law of the state constitution.

Prior to the 1974 amendment, the California Constitution had banned voting by elected officials who were convicted of abusing their public trust by embezzlement or misappropriation of public money. Perhaps we should consider restoring that provision, modified to cover elected officials who commit a much more serious breach of the public trust by ignoring the clear mandates of the state constitution, diluting the votes of the law-abiding citizenry in order to gain partisan political advantage by swelling the voter rolls with convicted felons still serving their sentences.

A version of this article originally appeared in the October 1, 2016, issue of Orange Country Lawyer magazine. It is reprinted here with permission. 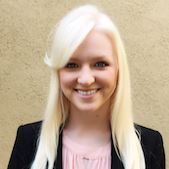 Soon after Dr. John Eastman founded Claremont’s Center for Constitutional Jurisprudence, students in his classes at Chapman University’s Fowler School of Law started asking what they could do to help. In 2003, this informal work done by students blossomed into the Constitutional Jurisprudence Clinic. The Clinic is now led by Anthony Caso and jointly sponsored by the Pacific Legal Foundation.

The students work with Dr. Eastman and Professors Caso, Larry Salzman, and Cristen Wohlgemuth to research and write amicus briefs and countless other legal filings in the cases in which Claremont engages.

Mallorie Smith is one of the Clinic’s exceptional young prospective attorneys. As a second year student, Mallorie joined the Clinic’s professors in tackling one of the more controversial cases on the Supreme Court’s docket. She followed that up by rejoining us this fall for another semester and again volunteered for the tough cases.

Mallorie is a native of Rancho Santa Margarita, California. She will graduate in 2017 and will be joining Rutan & Tucker, LLP after she completes her studies.

My Time in the Constitutional Jurisprudence Clinic:

While researching which law schools I wished to apply to, Chapman was already on my radar. When I stumbled upon the list of clinics offered through the school, the Constitutional Jurisprudence Clinic immediately caught my attention. The possibility of preparing an amicus brief to be submitted to the Supreme Court of the United States—as early as my second year—was extremely exciting. Even more so was seeing the Clinic's affiliation with the Claremont Institute's Center for Constitutional Jurisprudence. Not only was I going to gain an incredible practical experience, but I would also be able to do it while simultaneously fighting to protect the fundamental principles underlying our Constitution.

In my first semester with the Clinic, Professor John Eastman approached me with the opportunity to help research and draft an amicus brief to be filed in Whole Woman's Health v. Hellerstedt. At issue was whether regulations passed by the Texas legislature regulating abortion clinics passed constitutional muster. Our argument focused on the appropriate level of review the Court should employ when examining the constitutionality of these regulations. By examining the evolution of the “undue burden” standard, which was officially created in Planned Parenthood v. Casey, we illustrated how these regulations did not create an undue burden on the right to receive an abortion and thus should be subject to mere rational basis review. Not only did this assignment allow me to dive deep into a complex area of jurisprudence, it also gave me the opportunity to craft a persuasive legal argument grounded in principles in which I believe.

This year, I am again enrolled in the Clinic. After gaining amazing experiences and skills last semester, I could not walk away from the opportunity to participate again. I recently helped research and draft an amicus brief that was submitted in support of a grant of certiorari for Gloucester County School Board v. G.G. The issue in this case is whether the Court should grant judicial deference to the Department of Education's interpretation of its own regulations. We were able to emphasize the grave separation of powers issues the Auer doctrine—the judicial deference doctrine at issue—raises and illustrate the need to abolish or significantly revise it.

Working with the Clinic has given me the tools to go through the entire drafting process while focusing on crafting a legal argument with the founders' perspective in mind. The practical skills I have gained will be very useful throughout my career, but being able to contribute to ensuring the foundational principles of our nation are preserved is something invaluable.