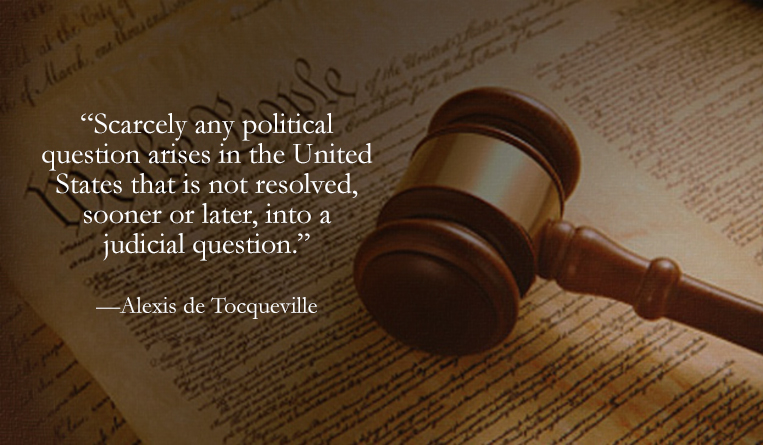 Harry V. Jaffa is the distinguished fellow of the Claremont Institute, the Henry Salvatori Professor of Political Philosophy Emeritus at Claremont McKenna College, and the author of ten books, including Crisis of the House Divided: An Interpretation of the Issues of the Lincoln-Douglas Debates, A New Birth of Freedom: Abraham Lincoln and the Coming of the Civil War, and Original Intent and the Framers of the Constitution.

Crisis of the House Divided

A New Birth of Freedom

We are grieved to report the death of our longtime friend and teacher Harry V. Jaffa, who passed away on the evening of Saturday, January 10, 2015. At 96 years of age, Professor Jaffa lived a full life and taught at least three generations of students. We are immensely grateful for his life, his work, and his mentorship. His memory will survive through his family, his now several generations of students, and, of course, through his many writings.

All of us at the Claremont Institute—from our incorporation in the late 1970s to the present—are students of Professor Jaffa, and we intend to further his legacy through our own work and by encouraging the work of others. We often say at the Claremont Institute that free government can be lost, and will be lost if men do not rise up to defend it. Harry Jaffa taught us that, and furthermore showed us the moral demands and necessity of statesmanship in defense o f free government. We aspire to follow his example and to educate statesmen in the virtues and principles that he so admired.

Much has already been said by others about Harry Jaffa's life, his many arguments, and his short career as a political speechwriter (a sampling is available here). In the course of time we expect to return to each of these subjects for inspiration and for love of our teacher and friend. But as his intellectual descendants, we think this is a fitting occasion to reprint the following about Professor Jaffa's intellectual legacy, written by one of the founders of the Claremont Institute, Christopher Flannery:*

Harry Jaffa has written and said many beautiful things in a long lifetime of scholarship and teaching. Among the most beautiful have been his expressions of reverence and gratitude for his teacher, Leo Strauss. He credits Strauss with giving him a gift dearer than life itself. Strauss taught him what to do with his life—he brought Jaffa to reason. When the young Jaffa's mind, unbeknownst to itself, was in the grips of the historicism and relativism that remain the conventional wisdom of our time, Strauss's teaching 'struck off [his] shackles,' turned him from his illusions, and dragged him up from the cave of nihilism to the light of natural right.

Jaffa's reverence for his teacher is made possible by the greater reverence his teacher taught him to have for truth. In the service of this greater reverence, Jaffa has spent a fair portion of his life arguing with those intellectually closest to him —not least among them, himself. A friend recently gave me a copy of Crisis of the House Divided, on the cover page of which Jaffa had written in pencil half a century ago, 'For Willmoore Kendall who knows that amicus quidem Socrates amicior veritas.' Jaffa used to argue to the knife with Kendall about the character of the American founding and the significance of Abraham Lincoln, late into the night on long distance telephone from Claremont to Dallas. When he later disagreed with himself on these questions, as he did most notably in his two great works—Crisis of the House Divided and A New Birth of Freedom—he might be forgiven for thinking the pursuit of truth had brought him up against an even more formidable opponent."

*From the Foreword to Crisis of the Strauss Divided: Essays on Leo Strauss and Straussianism, East and West (Lanham, MD: Rowman & Littlefield Publishers, 2012).

Many of Dr. Jaffa's students, friends, and intellectual sparring partners have written remembrances and obituaries, as have several major newspapers. These are gathered here for your convenience.

Charles Kesler sat down with Harry Jaffa not too long ago to discuss Lincoln, American conservatism, and Jaffa's political thought on our interview show, The American Mind. Here is the first segment, "What Would Lincoln Think." The rest of the segments are available on The American Mind website.