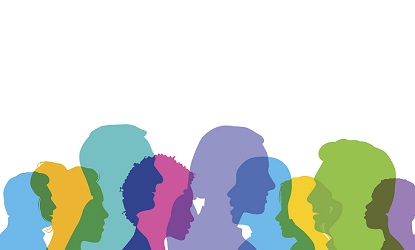 The Tyranny of Identity Politics After Hillary Clinton’s loss to the supposedly unelectable Donald Trump, Democrats in politics and journalism were quick to blame the defeat on everything from the Electoral College and FBI Director James Comey to Russian hackers and "fake news.” Some prominent intellectuals on the left and right, however, argued that there was far more to the election’s outcome than met the eye.

Just days after the election, Columbia University Professor Mark Lilla took to the New York Times to condemn his own party’s “moral panic about racial, gender and sexual identity that has distorted liberalism’s message and prevented it from becoming a unifying force capable of governing.” Because of this, he argued, the Democratic Party has suffered—and will continue to suffer—avoidable electoral defeats.

But the consequences of identity politics aren’t merely political; they seek to weaken the moral fabric of society. As Claremont scholar William Voegeli explains in a recent issue of the Claremont Review of Books:

Identitarianism is not just imprudent but morally wrong in reducing identity to subjective reactions to victimhood, and rejecting equal treatment under the law in favor of 'sliding scales’ that are subject to infinite adjustments and flagrant manipulations. Understanding that the defeats caused by this identity illiberalism are deserved, not noble, is necessary before going on to address productively the Democratic and American challenge of refining and clarifying the basis on which a heterogeneous nation can cohere and sustain its republic.

This distinguished panel examined the political and moral threat of identity politics and the means necessary to reinstate and protect the motto on which our republic stands: e pluribus unum.