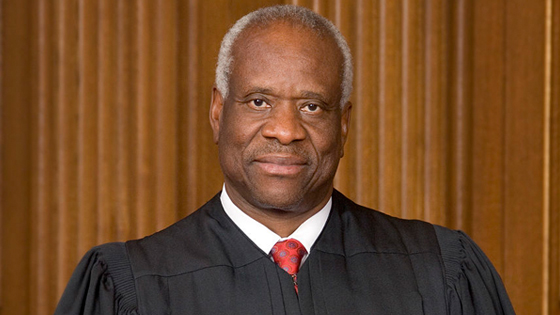 The Jurisprudence of Clarence Thomas: 25 Years on the Court

This month marks the 25th anniversary of Justice Clarence Thomas’s elevation to the Supreme Court.  More than any member of the Court over the last half-century, Justice Thomas has advanced a jurisprudence of originalism explicitly informed by the principles of the Declaration of Independence.

On October 25, the Claremont Institute and Federalist Society will consider the mark that Justice Thomas continues to make on American law in a two-part panel discussion with prominent legal scholars and members of the appellate bar. What should we make of Justice Thomas’s bold call to reconsider areas of constitutional law, including the Commerce Clause power, the authority of the administrative state, and the First Amendment? How should those who favor judicial restraint think about his privileging of the Constitution’s original meaning over the doctrine of stare decisis? And what can his jurisprudence teach us about the proper relationship between the Declaration and the Constitution?

Click here to watch video of Panel I: The Lone Jurist.

Click here to watch video of Panel II: The Declaration as the Central Idea in American Constitutionalism.

Justice Thomas has not shied, as one scholar observed, from calling on the Court “to join him in scraping away precedent and getting back to bare wood”—the original meaning of the Constitution. This panel will focus on Justice Thomas’s unique contributions to the law, with a particular focus on his dissenting and concurring opinions calling for a wholesale reexamination of areas of constitutional doctrine that he considers to have deviated from their original meaning—in areas ranging from federalism, to administrative law, to the First Amendment, to criminal procedure.

5:15 p.m. - Panel II: The Declaration as the Central Idea in American Constitutionalism

Justice Thomas has argued that the principle of equality at the heart of the Declaration of Independence “precedes and underlies the Constitution” and provides “the best defense of limited government, of the separation of powers, and of judicial restraint that flows from the commitment to limited government.” This panel will focus on Justice Thomas’s understanding of the Declaration in American constitutionalism and how that understanding has shaped his jurisprudence. More broadly, the panel will compare and contrast Justice Thomas’s interpretive approach with competing theories of interpretation among conservative jurists.