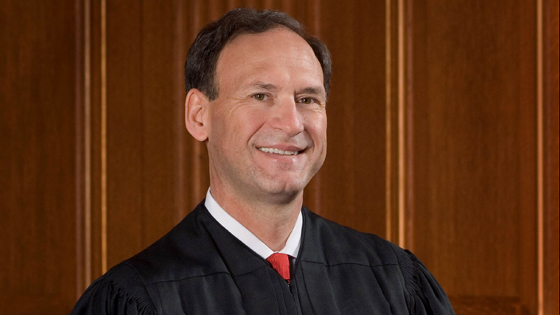 In his decade on the Court, Justice Alito has distinguished himself as a great defender of the Constitution, staking out important ground in the areas of federalism, the administrative state, and free speech. He has been a leading voice in calling for the reconsideration of many of the faulty doctrines and precedents against which Claremont has been fighting for many years. With the future of the Court and the rule of law hanging in the balance, the time could not be better to hear from a champion of the Constitution like Justice Alito.

Limited hotel room blocks are available for $220 per night.

The Claremont Institute is proud to be honoring U.S. Supreme Court Justice Samuel Alito, and we believe it is especially important that you hear from him during this critical time in our nation’s history. However, ethics rules dictate that we cannot sell table sponsorships, as we have in previous years.

If you would like a table at the Dinner, you can join the Claremont Institute’s annual Host Committee by clicking here. You can also contact Christine Domenech at CDomenech@claremont.org.

If you would like to make a general donation to the Claremont Institute to support our much-needed work year-round, please visit our donation page here.